Only available when the shelter is closed and no guardians are on site. This area has wood stove available inside. The Ulldeter mountain shelter and the Centre Excursionista de Catalunya are not responsible for the material or personal damages that may be caused by the use of this emergency shelter. 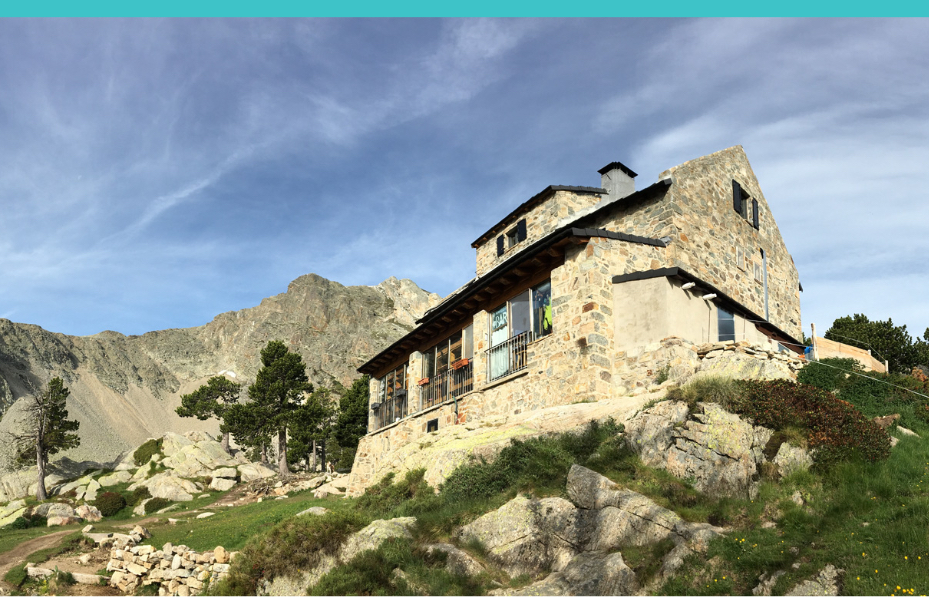 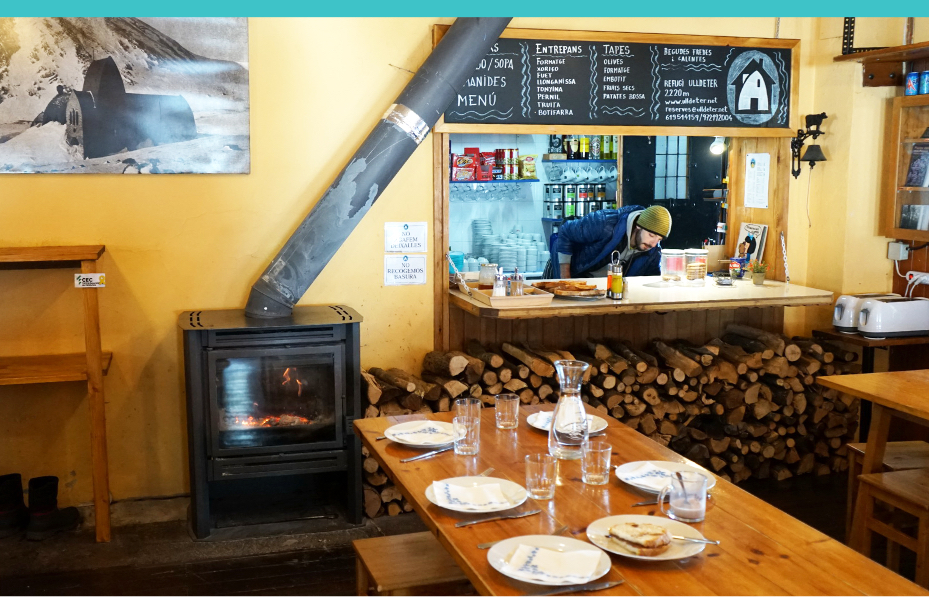 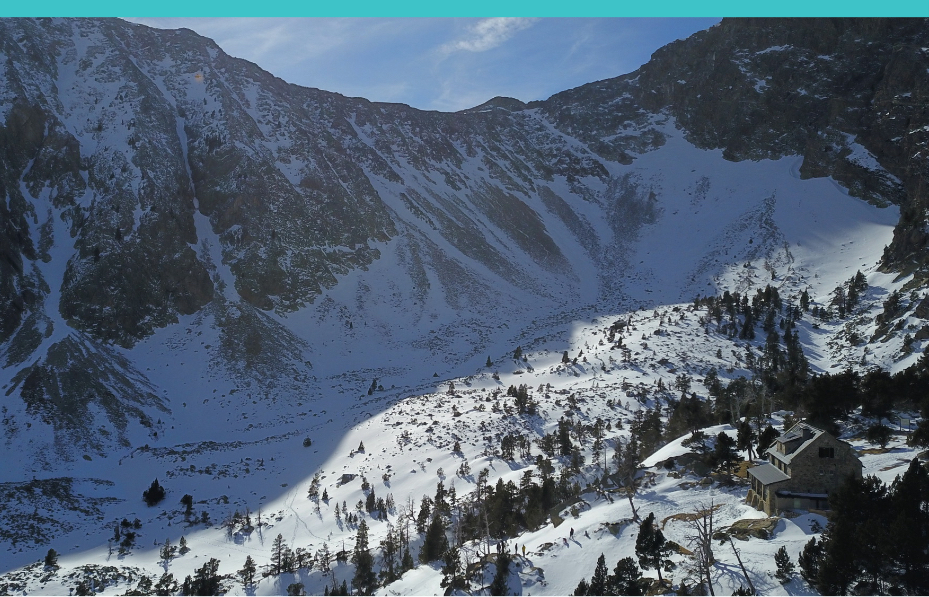 In 2009 Ulldeter mountain shelter celebrated its centenary. The actual building is from 1959 and was built to substitute the former building which was located close to the source of Ter river in the Puig dels Lladres’ mountain range, a privileged position overlooking  Ter valley.

This former building (of Noucentism style) designed by Jeroni Martorell was equipped with everything that was found necessary by the Catalan bourgeoisie who was sponsoring science and culture activities by then. The old Ulldeter Mountain shelter was an emblematic building started by the Catalonian Hiking Society (Centre Excursionista de Catalunya) when Cesar August Torras was the president. Pigeon station, dinning room, bedrooms, kitchen, camera obscura, scientific observatory and toilets were all available in the building. The landscape was the inspiration to praise the country following the ideas of that time.

The opening day of the old mountain shelter was the 25th July 1909  during the Tragic Week (Setmana Tragica)  happenings. Problems with materials used for its construction and the historical situaition at that moment were the main causes for a quick degradation of the building. The quality of the mortar used for the construction was very poor and it was disintegrating progressively despite it was tried to cover it with tar to make it waterproof. The Spanish Civil War from 1936 to 1939, where the mountain shelter was occupied by the mountain militias and subsequent abandonment  were leading the shelter to its end. The building hopelesly collapsed

Today there are only some remains of what it was the first mountain shelter on this side of the Pirenees. By mid 20th century  it began to take shape the idea of building a new shelter in a more sheltered area of the mountain and underneath  the  Puig dels Lladres where the black pine forest ends. By the initiative of the Catalonian Hicking Society the project was lead by architect Jordi Bonet who chose a more compact design  and adapted to new ages. The actual building of Ulldeter shelter was opened on the 29th June 1959. 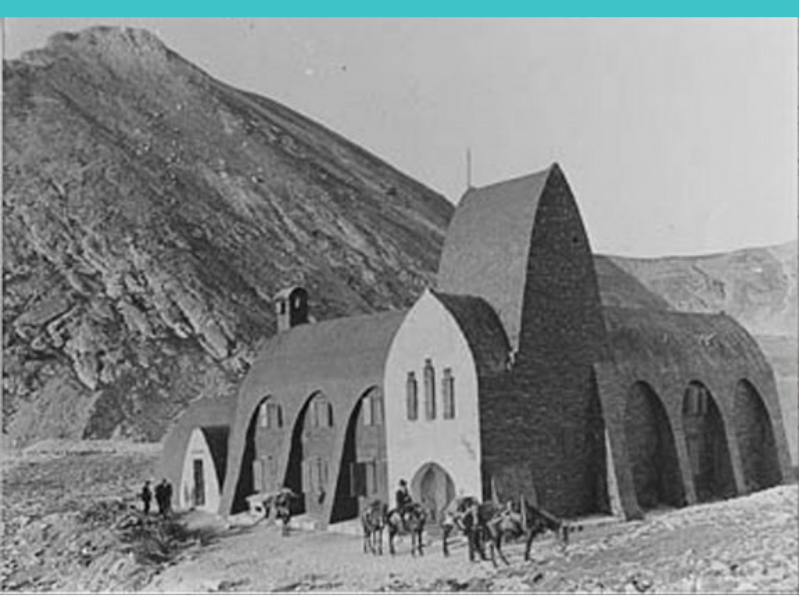 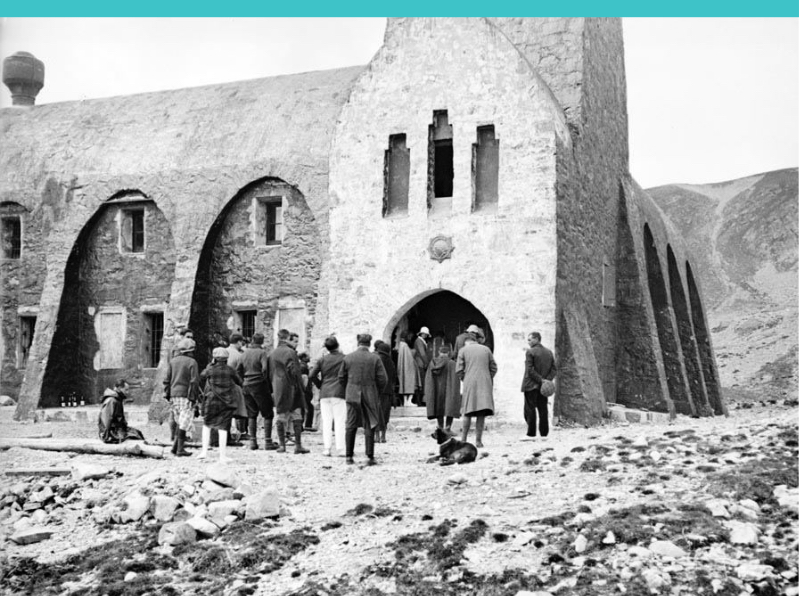